“We give thanks to all who have gone before us!”

The University of Colorado Denver and Metropolitan State University of Denver (MSU Denver) joined to honor American Indian graduates in May. The common celebration provided a place to “make relatives,” or identify people with similar hearts and minds. 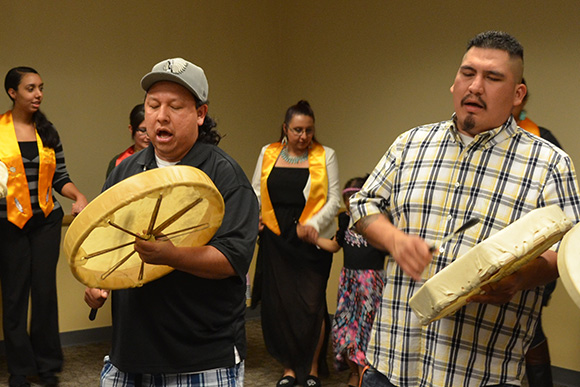 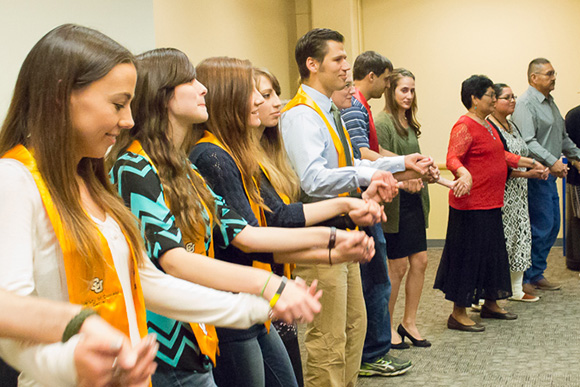 For American Indians, who have learned to “walk in two worlds,” college graduation is especially sweet. Due to many historical injustices, degree completion remains the lowest for this group among all populations. Nationally, only 13 percent of American Indian adults hold a bachelor’s degree, while just 4 percent have earned graduate degrees. From a cultural perspective, graduation symbolizes far more than individual achievement. Graduation demonstrates the spirit of indigenous persistence, creativity and intelligence, along with the power of positive intentions and cooperation of extended families, allies and communities. 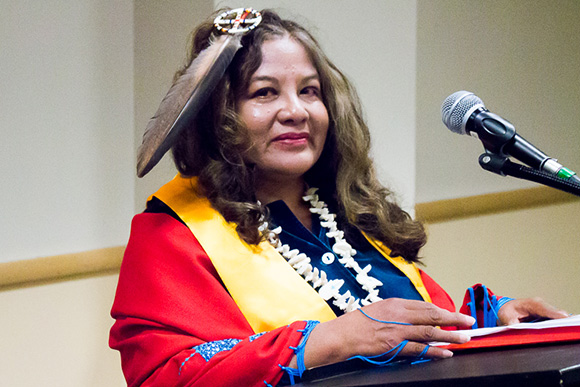 ‘To give back to their people’ 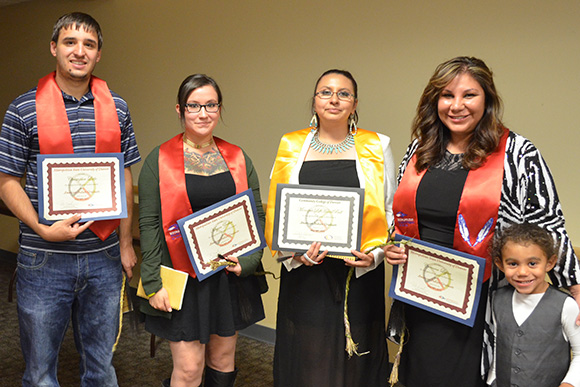 From CU Denver, Dianne Kitt (Coeur d’Alene) completed a biology degree and has been admitted with a prestigious scholarship to Skaggs School of Pharmacy and Pharmaceutical Sciences at the CU Anschutz Medical Campus. Kitt shared her inspirational story of holding onto her cultural identity and values in spite of separation from her tribe, and being enrolled in college alongside her oldest daughter, Ariana Busby, who graduated from CU Denver in fall 2014.

Corrie Santos, (Diné/Okay Owingeh Pueblo), a single mother and the first woman in her family to earn a college degree, received a PhD in educational leadership. She shared how cultural values, community identity, and the support of many helped her persist, and complete her dissertation in spite of tremendous challenges. All three women reiterated a common theme among American Indian students: Educational achievement is the first step in being able to give back to their people.

All scholars and graduates received a traditional eagle feather blessing by Arikara elder Frank Sherwood and his son Francis. The elder Sherwood urged the students to “set aside the ‘I’” and pick up the “we.” The ceremony closed with all in attendance joining in a “round dance,” a special social dance that conveys the interdependence among everyone in the circle.