They may be young and early in their careers, but for good reason they’ve reached positions of considerable influence and responsibility.

Each of this year’s “40 Under 40” winners who earned degrees at the University of Colorado Denver—Sabrina D’Agosta, Kelli Kelly and Jennifer Leitsch—trace the roots of their success to their alma mater. The university couldn’t ask for three better embodiments of what CU Denver produces: talented, driven, versatile and purposeful professionals.

D’Agosta, Kelly and Leitsch were among the local business standouts recognized during a downtown ballroom celebration in March. Each year, the Denver Business Journal recognizes up-and-comers in Colorado’s business community at its “40 under 40” luncheon. This year, the publication received nearly 270 nominees, with the 40 winners selected on the basis of community involvement, leadership, business recognition and overall accomplishments.

Not only are D’Agosta, Kelly and Leitsch consummate leaders for high-powered organizations, but each can point to nuances in their impressive skill sets that came from their days at CU Denver. For Kelly, it was improving her writing skills. For D’Agosta, it was learning how the political system works. And for Leitsch, it was seeing the career possibilities that came with a “Managing for Sustainability” class.

Leitsch, MBA and master’s in marketing, is the corporate responsibility manager at Prologis, Inc.—a job she likely wouldn’t have were it not for a classroom opportunity to pursue one of her passions.

She discovered a new passion when she took “Managing for Sustainability” class in the CU Denver Business School. It is the first course in the four-course Managing for Sustainability program. “I thought, ‘Oh, that sounds pretty cool,'” she said. “The more I went to that class the more I thought this is what I should be doing with my career. Definitely, taking that class set me down this path. I owe it to CU Denver.” 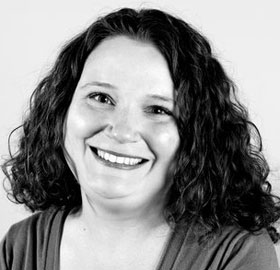 “It’s a pretty great job,” said Leitsch, who started at Prologis four years ago. “I get to interface with every employee in the company across 21 countries. On any given day I could be talking to people in Japan or the U.K. or the Netherlands.”

While in the Managing for Sustainability program, the Iowa native learned about all facets of sustainability—organic food, green building, corporate responsibility. “We had guest speakers who covered the spectrum. It was great to see all these areas, and I really st arted to think about which of these areas was the one I wanted to pursue.”

Leitsch graduated at the peak of the economic downturn, in August 2008, and spent a while volunteering, networking and getting involved in various sustainability projects. A volunteer position with the carbon offset program in the Colorado Energy Office turned into a paid contract. Then her dream job opened at Prologis.

“Once I found it I was so grateful and am happy to be here,” she said. “I just had this vision of what I was looking for.”

Now Leitsch is giving back. She’s passing on what she’s learned as a professional as a member of the Managing for Sustainability Advisory Board at the CU Denver Business School. Just as the downtown location accentuated the program’s ability to bring in guest speakers, Leitsch is now a regular guest lecturer. She also enjoys meeting one-on-one with students to talk about their aspirations and possible career paths.

“I’ve done a lot of random things,” said Leitsch, who earned an undergraduate degree in chemical engineering from the University of Iowa. “At CU Denver, I figured out what I should be doing. This job is so unique and has so many facets to it. It’s been great.”

Kelly, a manager at Parsons Corp., said the Department of Communications in the College of Liberal Arts and Sciences gave her an excellent foundation in writing that has helped her to this day. “It was a great academic environment, and I still retain information from those instructors.” 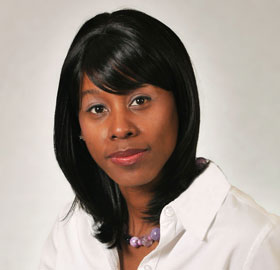 Besides adding to her core competency as a writer, Kelly distilled from her experiences at CU Denver just what she was destined to become. She learned from an internship, for example, that she wasn’t cut out for newscasting. It was a “tough lesson” in understanding expectations, but she grew from it. “I have learned how to be really clear in what I know and try to learn as much as I can about what I don’t know—and to seek clear expectations from those who expect things from me,” she said.

Kelly is the diversity and outreach manager at Parsons Corp., a consulting engineering firm currently providing program management services for the work on the Denver International Airport Hotel and Transit Center redevelopment program. She graduated from CU Denver in 1998, after graduating from high school in Los Angeles and enlisting in the military. She has spent her entire career in the Denver area—starting in sales, and then moving into technical and proposal writing and now to community outreach and diversity.

“Sometimes you just have to adapt and move with the punches and seize opportunities and make the best of them,” Kelly said. “Another thing I’ve learned over the course of my career is that it’s not about the position that’s defined, it’s about how you apply your skill set. I think that’s been very valuable in carrying me into different roles and opportunities.”

In dealing with the many constituents involved in the massive Denver airport project Kelly relies on the communication skills she honed while in college.

“CU Denver was great,” she said. “It was the right school for me at the right time—maybe someday I’ll even go back.”

‘Inspired me to become involved’

D’Agosta had “spiky green hair” when, while scouting for graduate programs, she visited Mike Cummings, Ph.D., former chair of the Department of Political Science at CU Denver. It may be no surprise then that her master’s thesis was on “The Politics of Punk, the Misunderstanding of an Activist Subculture.” Tony Robinson, Ph.D., and current department chair, was her thesis chair.

D’Agosta, who had a bachelor’s degree in journalism at an institution in another state, initially considered enrolling in a graduate journalism program at CU-Boulder. But when she checked out CU Denver’s Political Science Department, everything changed. “I just think the entire program really inspires you,” D’Agosta said. “I became a journalist because I wanted to make a difference in my community, but the Political Science Department really inspired me to become civically involved in a way that I hadn’t thought of before. I give Mike and Tony a lot of credit for just really inspiring me to look at how I could be more civically engaged.” 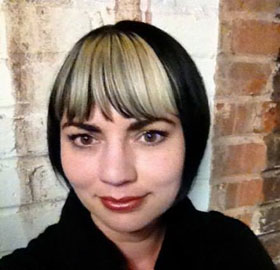 She also credits Glenn Morris, JD, an associate profesor in the Political Science, for inspiring her to consider a different path. D’Agosta soon left the newspaper business and took a community manager position with the City of Golden. Shaking off a spell of identity crisis—she was accustomed to being the reporter, not the subject of reports—D’Agosta learned that she loved being closer to the political system and how it makes decisions.

“Having an understanding of how the system works, and how politics works, gives you the ability to get into it and make a difference from the inside,” she said.

In 2008, D’Agosta became the deputy communications director and speech writer for then-Mayor John Hickenlooper. She was an integral part of his communications team through the Democratic National Convention in Denver and for his successful gubernatorial campaign.

While she left government for a short stint at a health foundation, D’Agosta returned to work at the state in the Department of Personnel & Administration. In her role as director of policy and communications, she helped draft a voter-approved amendment to the state constitution that modernized the state’s hiring practices.

D’Agosta also finds time to volunteer in the community. She is board president for the Academy of Urban Learning, a charter high school for students who are homeless or experiencing unstable living conditions. “We provide them with support to get through the program and get a diploma,” she said. “That’s where I spend a lot of my free time.”

She recalls doing research related to the Denver Housing Authority and other civic issues while at CU Denver. “You really begin to understand how the political systems work and how to navigate through them for the betterment of your community,” D’Agosta said. “I would not have been able to do any of this work without what I learned at CU Denver.”