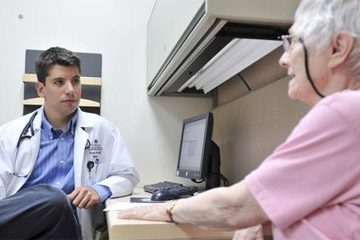 As the American population continues to age, new research is showing significant barriers to evaluations important to the continued safety and competency of older drivers.

“The biggest barriers we found were the fact that the tests were often not covered by insurance,” said study author Emmy Betz, MD, MPH, at the University of Colorado School of Medicine.  “And there was a general lack of awareness that they even existed.”

The study was published recently in the journal Occupational Therapy in Health Care.

Betz, an assistant professor of emergency medicine, and her fellow researchers surveyed driving specialists who work with older drivers at rehabilitation programs around the country.

They found the median cost for a complete driver evaluation was about $400 with 36 percent receiving no insurance reimbursement.

The driving rehabilitation specialists said the best way to improve participation was getting insurance to cover the fees along with improved referral systems from health care providers.

“Older drivers may not be able or willing to pay professional evaluators at a rate commensurate with the services provided and third party reimbursement is inadequate,” the study said. “Another barrier is awareness of the benefits offered by these programs, which may result in lower rates of referral by health care providers.”

Betz, an expert on issues surrounding elderly drivers, said there are an estimated 35 million older drivers on the road and their fitness to operate a vehicle is critical due to the emotional and practical implications of giving up driving.

“However since the effects of medical conditions do impact functional abilities, including those needed to drive (like slower processing speed), a thorough evaluation is needed,” the study said.

According to Betz, it’s important to have a clear understanding of any issue impacting driving ability. In many cases, rehabilitation can help a person stay behind the wheel.

The study also found that many physicians don’t know driving evaluation programs are even available.

“These tests are the gold standard for driving ability,” Betz said. “We hope that insurance companies will investigate possibly covering these tests, and we want to make doctors and the public aware that these options exist.”

Giving up driving is a decision fraught with emotion, since for many it signifies handing over a large measure of personal freedom, Betz said.

“Patients want objective evidence that it’s time to hand over the keys and stop driving,” she said. “With more older drivers on the road it’s important to ensure that they are safe.”