To the uninitiated, “oenology” might sound like a medical specialty, perhaps a first cousin of “otolaryngology.” But, of course, oenology is the science of wine and winemaking, with no connection whatsoever to the study of medicine.

Unless you are David Roy, third-year student at the CU School of Medicine, a vintner with a passion for fine grapes and part-owner of the Denver-based wine label Infinite Monkey Theorem. 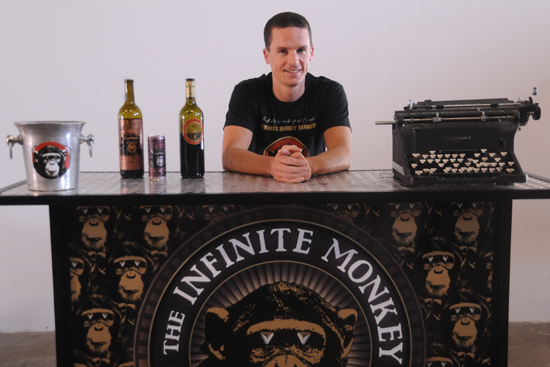 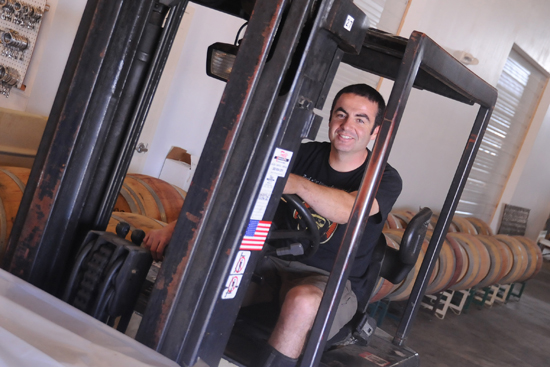 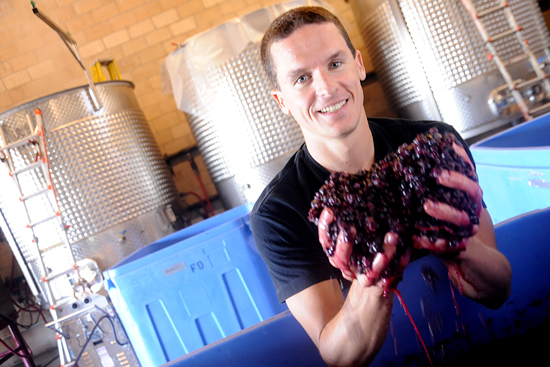 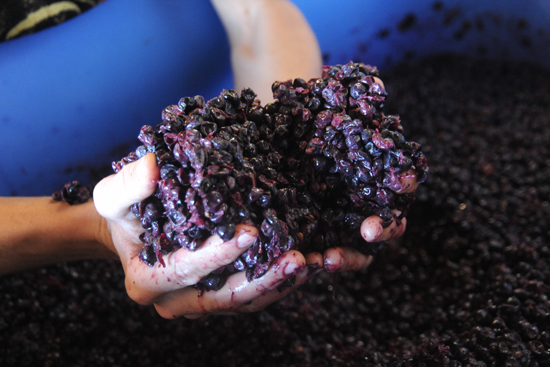 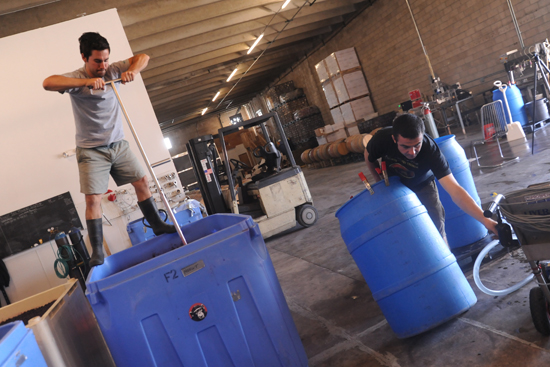 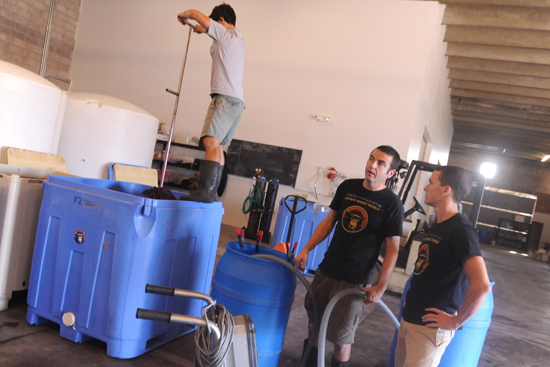 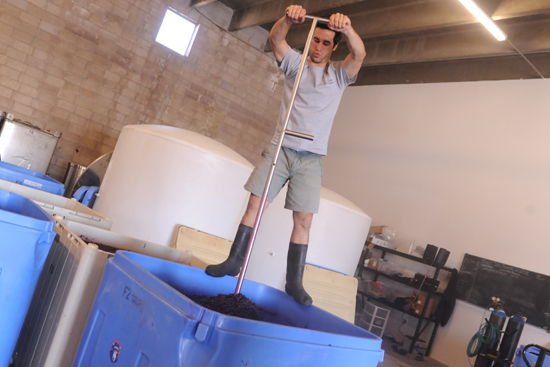 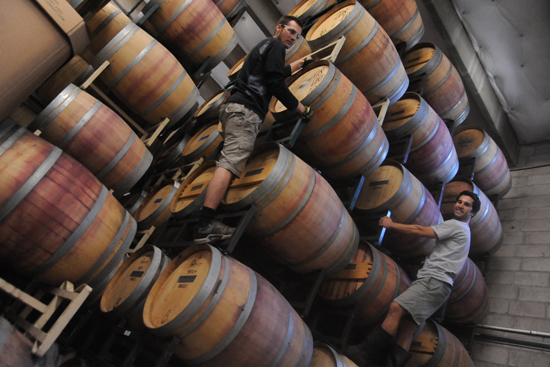 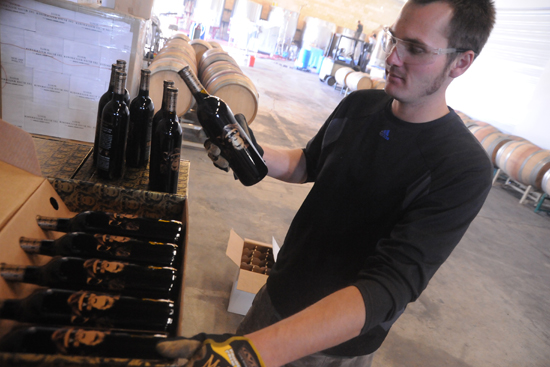 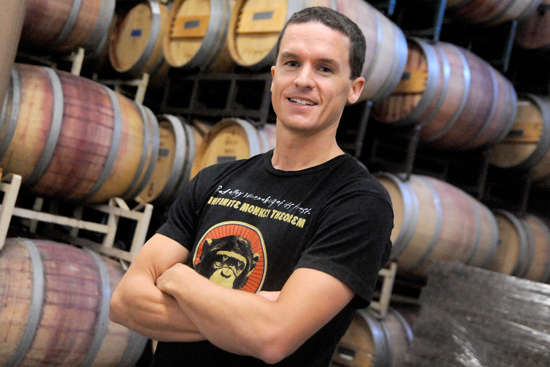 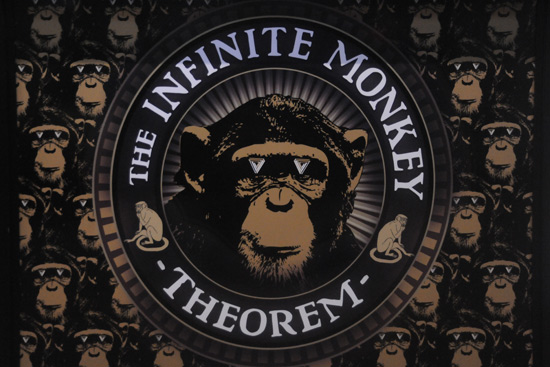 “The name came from a theorem, which says that if you give a monkey a typewriter for an infinite amount of time, eventually he will type the works of Shakespeare,” said Roy. “It doesn’t have any deep meaning.”

“I was really the only one who could drive a forklift.”

Roy’s winemaking travels have taken him around the world, eventually landing him in medical school, with an admissions essay he wrote on the similarity between wine-making and health care. But the journey had an inauspicious start, when he found himself living with his parents in Grand Junction, Colo., after graduating from Tufts University and failing to find a job doing infectious disease research in Boston.

“It was not really living the dream,” he remembers.

To save up money for a trip to Ecuador where he planned to kayak the headwaters of the Amazon, Roy took a job at the Grand River Vineyard in Palisade, Colo. He was assigned to pick up wine bottles at the end of production, box them and tape the box shut for a wage he describes as “embarrassingly low.”

Then, in the middle of harvest, the winemaker and some of his help quit. The vineyard owner turned to Roy, who had the single skill vital to a successful harvest.

“I was really the only one who could drive a forklift,” said Roy.

“I suddenly knew ‘I absolutely have to do this.'”

Overnight, Roy found himself immersed in the business of winemaking, learning on the job and picking the brains of other local winemakers like Ben Parsons, who had a wine science degree. From Parsons, Roy learned that he could fulfill his love for travel and develop his winemaking skills by traveling around the world, working the harvest of that year’s vintage.
He set out to hone his skills in foreign lands, traveling to New Zealand, California and finally to Chile. “I did this very intentionally,” Roy said. “I wanted to learn the business, but I kept in touch with Ben because we had hatched this idea of putting together our own winery back in Colorado.”

Eventually, Parsons and Roy developed their own business plan for a new Colorado winery. At the same time, however, Roy had an opportunity to spend time in Mexico helping in a medical clinic. There he met a young MD. “I could just see that he had found exactly what he wanted to do,” Roy said. “Watching him, I suddenly knew ‘I absolutely have to do this.’”
Roy applied to medical school but maintained a business interest in the newly founded Infinite Monkey Theorem. Today, he may be spending more time cracking the books than pressing grapes, but his passion for winemaking is still evident.

“The industry in Colorado has thrived, because it’s tourist driven,” he said. “You buy wine because you happen to be in Colorado, but you don’t come here to buy the wine. We want to make Colorado a respected wine region.”

Since much of Colorado’s wine action is in Denver—the restaurants, stores and plenty of consumers—Infinite Monkey Theorem produces its wine in the city, in a LoDo winery, with grapes trucked in by the ton during harvest. Sales are built on local relationships.
“We can go into a restaurant, talk to a wine manager, hear that he wants Malbec, and then we make a note to plant Malbec grapes next season,” said Roy.

Infinite Monkey Theorem comes in bottles, of course, but it also comes in kegs for some restaurants and a lightly carbonated version comes in cans, so rafters and skiers can carry it along. Sales have tripled since the company started.

Today, Roy is deep in his surgery rotation, still reflecting on the similarity between winemaking and medicine.

“Grapes from the best part of the vineyard will make themselves into great wine, just like healthy people will often take care of themselves. But we have to use all the fruit from the vineyard, even the grapes that are not so strong. In the same way, everyone in the health care pool must matter. Everyone needs to make it in the system. That’s the challenge.”