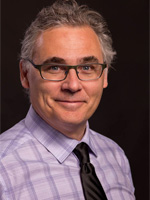 The 1964-65 New York World’s Fair was “the last great one,” says David Thomas, PhD, CU Denver assistant professor attendant, “because It was a lot of fun.”

Thomas was invited to write a chapter about the aesthetics of fun, or the ‘fun factor,’ at the fair for a new anthology on World’s Fairs, Meet Me at the Fair (Carnegie Mellon University ETC Press, 2014); edited by Laura Hollengreen, Celia Pearce, Rebecca Rouse and Bobby Schweizer. His chapter (7.3, page 423) is titled, suitably enough, “Fun at the Fair.”

Thomas says the 1964-65 New York World’s Fair goes down in the record books as the most popular and one of its most contentious. “It was simultaneously the most fabulous and ambitious of the World Fairs. It was also a money loser and, ultimately, not even sanctioned by the World’s Fair authority.”

In the chapter Thomas wrote, he discussed how fun was incorporated, “Rather than contradict the more serious themes of the fair such as American technological optimism, or capitalistic boosterism, the fun merely helps frame the more sonorous themes. Not only was the fair a machine for generating fun, the fun was integral to the core of the fair’s identity.”

In the chapter, Thomas explains that fun as “a term has its roots around 300 years ago in the English concept of a cheat, trick, or hoax, reaching its more contemporary meaning of amusement or frivolity during the past 100 years. And while fun as frivolity remains a popular sense of the term, for Americans the notion of fun seems to have been elevated into an aesthetic category of its own. Rather than act as a synonym for the frivolous, fun signals a break from the ordinary, a gentle revolt against the orthodox, a mild transgression and a pleasure unique to itself.”

In looking back at the ‘64-’65 World’s Fair, Thomas studied what made it so memorable. How did the ‘64-’65 Fair come to dominate the modern notion of a fair as a sort of temporary amusement park dedicated to selling commerce, technology and national status? He says “even in a quick glance at the Souvenir Book’s table of contents reveals a strong inclination toward the idea of fun.”

For all the fair’s success and failure, Thomas says, “The ‘64-’65 New York World’s Fair can best be understood as the most fun of all the fairs.”

According to Thomas. the fun was a result of multiple attractions designed and developed by the Disney company, as well as other elemnts built by companies such as AT&T and IBM. This fair laid the groundwork for more permanent fun places—most notably Disney’s EPCOT Center. And Thomas notes, the fair’s fun was entertainment unlike the kind of entertainment the American public would expect at that time.

While Thomas has not attended a World’s Fair, this father of three and his wife have taken their children to all the major Disney attractions.

NOTE:
Thomas looks at fun from a multi-disciplinary approach and has written about what makes a place fun. He also has been journaling for a while now about video games. He teaches a hybrid course through the College of Arts & Media that’s all about fun, and he has another book coming out soon.