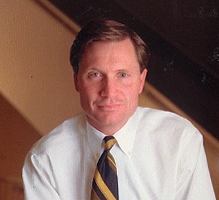 When David Tryba, ENVD ’77, MArch ’81, returned to Colorado in 1988 after a stint at the high-profile architectural firm Beyer Blinder Belle in New York City, his home state was mired in recession. Though there was precious little work for architects at the time, he rightly suspected that his chances to take risks and put his stamp on the built landscape were better in the unfettered West, where hard work and merit counted more than who you knew at prep school.

What he didn’t know was that he “came to make a city.”

Those words, taken from the famous Thomas Hornsby Ferril poem “Elegant Dust,” grace the side of the LEED Gold-certified Wellington E. Webb Municipal Building complex, just steps away from the newly finished History Colorado Center, both designed by Tryba Architects.

Today, it’s almost impossible to find a corner of the city without an edifice touched by his company. From the Webb complex, which marries a midcentury modern-era office building with a new atrium, wing and 12-story curvilinear office tower near Civic Center Park; to the sparkling high-rise at 1900 16th Street in the Central Platte Valley; to Cherry Creek’s Clayton Lane, 9.5 acres of infill development that includes the JW Marriott Hotel, Janus headquarters, parking, Orvis, Crate and Barrel and a private pedestrian mall, Tryba’s work is helping to define the look of 21st-century Denver. 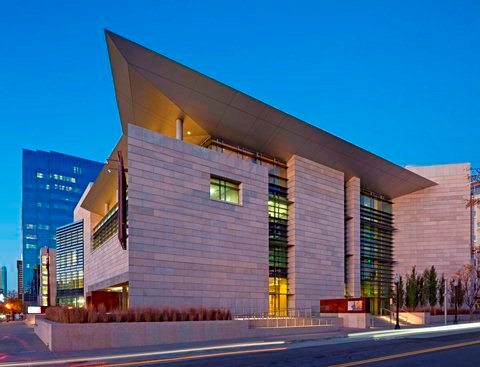 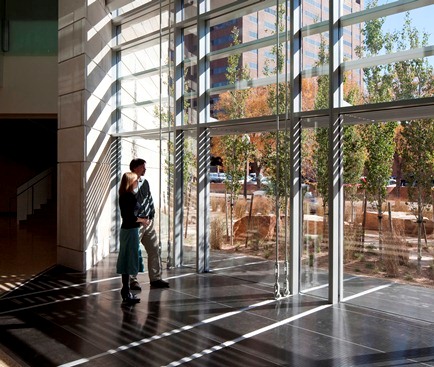 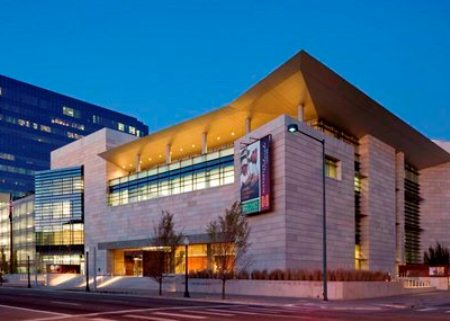 The work is about context

As Tryba puts it, “Architecture is about capturing the natural and human energy of a place and transforming that into something uplifting and positive.”

A case in point is the recently completed History Colorado Center at 12th and Broadway, which opened its doors at the end of April. Occupying a busy street corner, the building’s floor-to-ceiling glass entrance looks out onto bustling Broadway, where history could already be in the making. As a striking set piece in Denver’s Golden Triangle Museum District and Civic Center Cultural Complex, the center nods to its neighbors, the roofline echoing the mountains and Daniel Libeskind’s winged building at the Denver Art Museum. And, in a state enviably rich in natural beauty, the center’s building materials—from the winter-prairie-grass-colored exterior to the beetle-kill pine ceiling inside—identify this as a uniquely Colorado place.

“There is this optimism or lack of cynicism here that allows people to achieve at the highest levels with no barriers of culture, history or society,” Tryba says. “Colorado is really all about merit, how hard you work, how well you listen and your ability to do things for others.”

As he weighs in on the finishing touches at the History Colorado Center—a group of designers and fabricators are debating the height and material of the benches that will rim the center’s lobby (Colorado Douglas fir or beetle-kill pine)—he says watching a building like this come to fruition is like being a parent.

“You see these exciting things happen; you have these aspirations,” he explains, “and you’re working as team over a lot of years. It’s almost always the case, and it’s certainly true in this case, that the process and input makes for a better product. That’s why we like working in cities.”