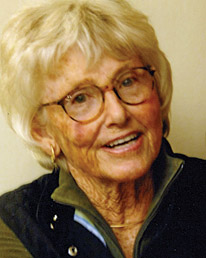 In 1969, when English Professor Dick Dillon began teaching opera in his department, he sparked an interest that would transform the cultural scene of Denver. In his classroom was Eleanor (Ellie) Caulkins, BA ’77.

Caulkins has been active on the board of Opera Colorado since its beginnings almost 30 years ago, having served several terms as chair of its board and now lifetime honorary chair. (She also occasionally performed as a member of the chorus.) By honoring her accomplishments, the university honors all those students who found a second chance to complete their college education at CU Denver and who discovered in the process a new direction for their lives.

Like so many of her classmates, Caulkins was a housewife and a mother who decided to continue her undergraduate studies. Dillon’s course, Opera as Literature, changed her life. In the very first class, he played a few selections and she was hooked forever. Her knowledge and love of opera developed with Dillon’s guidance. Their friendship and shared interest continued after she graduated Phi Beta Kappa in 1977 (the first class to graduate on the downtown campus).

In 1980, these two helped to form the organization, Friends of Opera. This volunteer group worked to get more opera performances in Denver and two years later, it became part of Opera Colorado.

Her involvements stretch far beyond Denver and Colorado and opera: The Children’s Hospital, Graland Country Day School, the Colorado State Board of Psychologist Examiners, the Colorado Amateur Hockey Association, the Berkshire Choral Festival (Massachusetts), the Music Project for Television and the board of the Metropolitan Opera (New York).

Her late husband, George, who was one of the original six founders of Vail, together with their five children, made a gift to the city to surprise her with the naming of the opera house.

Because of her dedication to the advancement of the arts, her contributions to Denver and to Colorado, and her service to the university, Caulkins received the University of Colorado Denver Alumni Recognition Award at spring 2010 commencement.