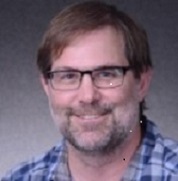 College of Liberal Arts and Sciences Professor and Chair of Biology John Swallow and his lab groups are applying information about neurotransmitters to illustrate the power of using insect models to study aggression. Swallow and his team were invited to contribute to December’s special-themed issue of the journal Current Zoology entitled, “Ecological and Evolutionary Connections between Morphology, Behavior and Physiology.”

“We are interested in the role of monoamines or neurotransmitters, such as serotonin, dopamine, and noradrenaline, in the modulation of aggression because the outcome of contests over limited resources such as mates, territories, and food has significant fitness consequences,” Swallow said. “Because monoamines share deep evolutionary origins in vertebrates and invertebrates they can have comparable effects in such diverse processes as aggression, learning and memory, mating behaviors and reproduction, stress responses, and locomotion.” 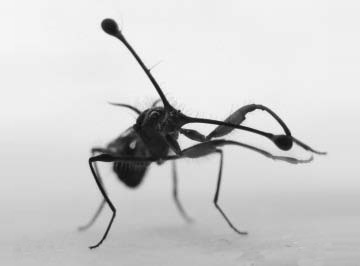 “The males readily engage in aggressive contests in which the fights progress through a fairly predictable series of increasingly intense and physical behaviors, as if they are assessing the strength of their opponent and their own likelihood of winning before either escalating to the next intense behavior or retreating,” Swallow said.

What the researchers observed is how male stalk-eyed flies defend and compete for nocturnal roosting sites, food and female attention.

“The winners of these fights gain mating access to harems of females,” Swallow said. “Perhaps not surprisingly, larger males with broader eye spans typically, but not always, win these fights. To investigate how changes in central monoamines, including serotonin, octopamine, and dopamine, contribute to modifying the expression of aggression in these flies, we first had to develop a brain dissection, preparation, and chemical detection method that is so sensitive that we can measure concentrations of these monoamines in the tiny brains of individuals flies. Furthermore, we developed a noninvasive, pharmacological treatment that allows us to significantly increase brain serotonin levels by feeding its metabolic precursor, 5-hydroxytryptophan, in food.”

To test their premise, the researchers selected pairs of similarly-sized males, treated just one to increase brain serotonin levels, and then placed both in a small arena with only one small drop of food.

“We found that the males with higher brain-serotonin levels were much more likely to win these contests, winning 85 percent of the time, against their untreated opponent. In general, treated males were more aggressive and engaged in more of the most intense behaviors such as punching at and jumping on their opponents and were less likely to retreat from their opponent,” Swallow said. “Clearly, serotonin influences fight behavior and outcome.”

The researchers then wanted to find out if increasing serotonin could help smaller flies. “In essence, we wanted to see if we could manipulate brain chemistry, elevating serotonin levels of the smaller male, to determine whether increased serotonin would change behavior enough to allow David to ’slay’ Goliath,” Swallow said.

So, the researchers treated smaller males to increase serotonin levels and pitted them against larger untreated males. But the larger ‘Goliaths’ continued to succeed in battle. However, the researchers found that treated smaller flies or ‘Davids’ with higher serotonin levels were more likely to start and escalate fights, and they performed more of the most intense behaviors before finally succumbing to the larger opponent who was forced to match the smaller flies’ aggressive behaviors.

“Our work is helping to unravel the roles these monoamines play in how insects assess their opponents and whether they decide to escalate contests or retreat from potential opponents,” Swallow said.