Isaac Slade, a CU Denver alumnus and lead singer of the Denver rock band The Fray, visited campus last week to recruit an intern from the College of Arts & Media for a new nonprofit he’s spearheading with Colorado Gov. John Hickenlooper.

The organization, Take Note Colorado, hopes to eventually fund music education access for every student in Colorado. Interestingly, it was during his days as a CU Denver student that Slade first met Hickenlooper, who was then Denver’s mayor. Slade graduated from CU Denver in summer 2005, earning a Bachelor of Science degree in Music with an emphasis in Music Industry Studies.

“It’s more than just a well-rounded education,” Slade said of the purpose behind Take Note Colorado. “It’s more like ‘Sister Act II.’ They’re finally finding out who they are. Ideally, education does that anyways, but sometimes it doesn’t. This helps all those kids who are like me … who don’t play sports.”

The quips continued during his talks in two music classes – one taught by Professor Storm Gloor and the other taught by Assistant Professor Chris Daniels – where he explained the value of the internship to interested students. The organization needs people to assist with a winter fundraiser and concert. Take Note Colorado is new, and small, but held its first fundraising concert in May, raising over $550,000 to help the state’s most vulnerable student populations.

CU Denver students, on the other hand, can benefit from a one-of-a-kind experience helping plan an event, meeting industry professionals and learning in a real-world environment. Slade noted that some of the best learning experiences he had as a CU Denver music student were when he was able to take his knowledge outside of the classroom with an internship. That’s where he learned how to interact with people in a way that helped him achieve his international success.

This is what makes the CU Denver-Take Note Colorado partnership so valuable, and is yet another way our programs embody the ethos of CU in the City. Students learn while helping others, and connect with industry leaders by working with them on a common goal. Some of Colorado’s most influential people are helping set up the organization, hoping to make Colorado the best state in the country for music education.

Though there will only be one intern this semester, many students can find opportunities volunteering for the organization and helping set up the December concert. Right now, it’s a small organization with big names and a massive goal. Slade’s alma mater – an urban public research university with a diverse campus – is a perfect place to seek help for schools in our community that often struggle to provide arts education.

“We want to support our students getting out into the community and doing great things while they’re students,” said Gloor. “An organization like this gives them an opportunity to do that.” 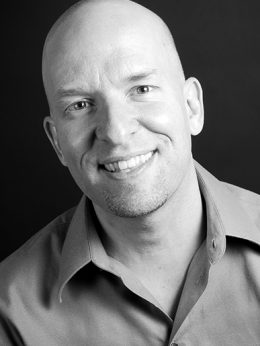 For Slade, access to music education is personal. He’s both the father of a 3-year-old, who is already showing an interest in drumming, and someone for whom music was deeply important growing up. He said he was fortunate to have a mother who pushed him to pursue his passions, but not everyone has that. Music is important, not just for education, but for development.