“This is the place where Denver began,” he says, gesturing to the wrought-iron fences and Italianate windows. There’s a clap of thunder, and a heavy rain begins. He hustles the dozen students surrounding him up onto the wooden porch of a classic cottage.

“The city of Auraria was established in October 1858, one month before the city of Denver,” he yells over the sound of the afternoon rain storm. “It was usurped by Denver, and the name ‘Auraria’ was lost until this campus was created in 1976.”

For 40 years, Noel has been giving historic tours of Denver and Colorado—about as long as he’s been teaching at the University of Colorado Denver. 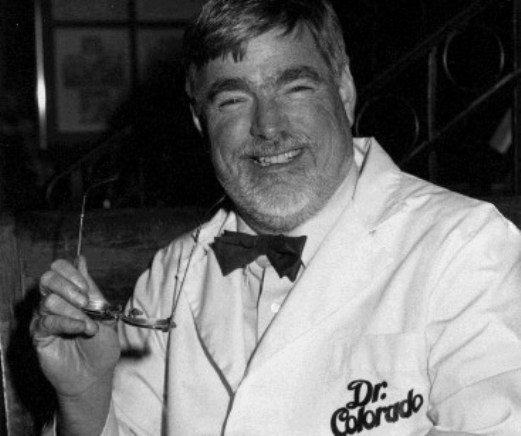 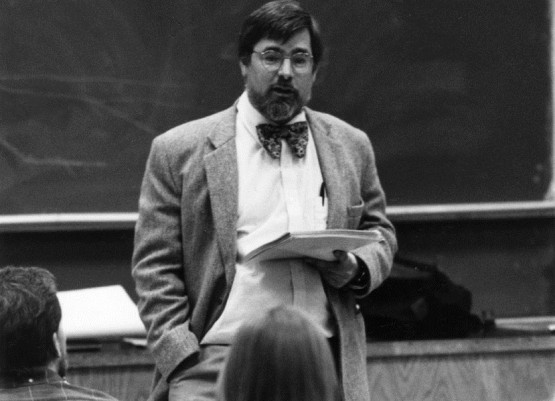 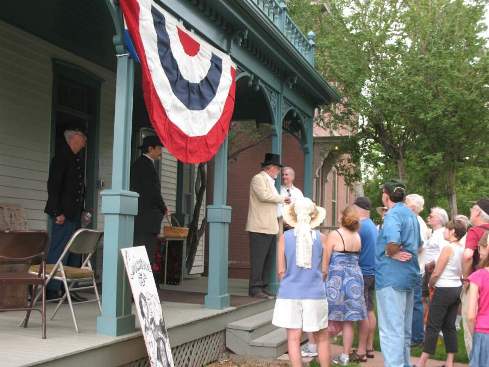 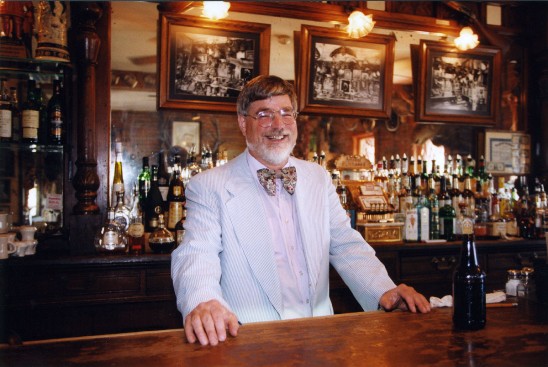 “Dr. Colorado,” as he calls himself, is a CU alumnus—as are his mother and grandmother—so he has a lot of pride in the university. He enjoys teaching CU Denver students because they usually have a high level of responsibility and maturity, he says.

“I love him,” says one student in the group who’s earning a master’s degree in public history. He jogs to catch up to Noel—a fast-walker despite his hip replacement surgery.

Director of Public History and Preservation at CU Denver, Noel co-directs The Center for Colorado & The West, and is the author of 40 books, including his most recent, Irish Denver (written with Dennis Gallagher and CU Denver history instructor Jim Walsh). He also writes a column for the Sunday Denver Post and appears on 9NEWS’ “Colorado & Company.”

“What style of roof is that?” Noel barks the quiz question to his students, and the answer comes back to him quickly. “Mansard!”

The rain has stopped, and Noel hurries his tour group toward the spot along the Cherry Creek where miners found gold. Stepping off the sidewalk in front of the Denver Center for the Performing Arts, he pulls out a whistle, blows it police-officer-style and waves his followers across Speer Boulevard.

“Not every teacher will risk his life for you,” Noel says with a wink.

He’s accustomed to leading tour groups of 50-60 people, as part of his work for the Smithsonian Institution and the Colorado History Museum. When he gives tours to his students, the groups are smaller, and he enjoys the opportunity to chat with them as they walk.

“He rocks,” says one student, as she approaches him with a question about slate roofs.
The group continues on to the 16th Street Mall downtown, where Noel draws their attention to the unique red and gray paving pattern of the street’s median, designed to look like the skin of a Western Diamondback rattlesnake.

“What architect designed that?” he calls. The students are stumped, but when he gives them the answer—I.M. Pei—their faces register immediate recognition of the famous Chinese-American architect they learned about in class, who designed the Mall in the 1970s.

Noel has cut back in recent years on both his teaching and his tour-guiding, but he’s not ready to quit any time soon.

“I’ve worn out one hip already, but I need the exercise,” he says, grinning. “I want to do it as long as I can.” He leads his students into LoDo, where he coaches them to “read a building like a book” to discover how it’s changed over time.

“What kind of arch is that?” he bellows.