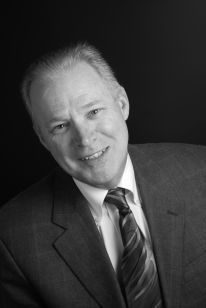 National Forensic Pioneer and CU Denver Professor, Richard Sanders, whose work in audio/video forensics has been instrumental in helping national and international investigations in well-known cases including the JonBenet Ramsey and Kobe Bryant investigations, as well as the Columbine High School shootings and the Oklahoma City bombing trial, died Monday, August 3. He was 57.

Sanders, a practicing touring musician as well as an avid sportsman, graduated with a Bachelors of Science in Electrical Engineering from the General Motors Institute in Flint, Mich., in 1974, and received his Master of Science in Electrical Engineering from CU Boulder in 1975. He was tenured and promoted to associate professor of music at the University of Colorado Denver in 1998, and promoted to full professor in 2004. In 2008, he became director of the National Center for Media Forensics (NCMF). Sanders single-handedly established an audio forensics graduate program at CU Denver and served as a mentor to new faculty in Recording Arts. He served as the president of Salt Pro Audio LLC in Denver from 1980 to the present.

“On behalf of the entire CU Denver community I extend our deepest sympathies to the Sanders family and to all those who knew and loved Rich,” said Provost Roderick Nairn, PhD. “He was a leader in his field of audio forensics and a real asset to our university. He impacted the lives of many students who were inspired by his brand of hands-on education. His contributions to CU Denver, as a researcher, educator and campus leader will be deeply missed.”

In 2008, Sanders and the University of Colorado Denver’s College of Arts & Media received two Federal Earmark Grants for the purpose of establishing a new National Center for Audio/Video Forensics. The grant totaling $709,700 was handled through the U.S. Department of Justice. Sanders had recently received a third Federal Earmark Grant of $500,000 for the newly renamed National Center for Media Forensics established in 2007. The monies will fund the center through its startup period and enable increased knowledge while fostering a new generation of experts in the field of media forensics – the study of audio and video ‘fingerprinting.’

Sanders’s vision for the center was to establish cross-disciplinary, inter-institutional collaborations for research in forensic sciences and homeland security, thereby improving opportunities for research while increasing the diversity of students seeking graduate degrees from the CU Denver College of Arts & Media. Sanders saw the center as an important vehicle to open up advanced career opportunities for Colorado researchers in forensic sciences, biometrics, as well as facilitate new collaborations with the University of Colorado Denver’s health sciences programs on the Anschutz Medical Campus.

Sanders was extremely proud of the NCMF and its recent move into its new space in the 1800 Grant St. building in Denver. The center is in the process of outfitting its 6,500 square feet with state-of-the-art equipment and tools used in media forensic investigations. The location is spacious enough to facilitate high-level hands-on training, while intimate enough for one-on-one interaction between faculty and students. The facility includes a 21-workstation classroom in addition to five labs for more in-depth training and group work.

Sanders was instrumental in creating the new CU Denver Law Enforcement Training program which is scheduled to begin in the summer of 2010 with a series of introductory workshops. The NCMF is currently seeking funding to make this program available nationwide through online distance learning. He was also instrumental in creating a CU Denver graduate emphasis in media forensics which begins in the fall of 2010 and will offer hands-on training in audio, video and computer forensics methods and applications. Classes will be taught by on-site faculty as well as world-class guest lecturers. The degree will culminate in a research thesis representing the desired focus area.

The Federal Earmark funds advance equipment and programmatic development that will allow CU Denver to increase both graduate and post-graduate research and interest in functional applications of media forensics techniques. This includes real-time voice identification involving biometrics for voice-only applications (such as tracking a convict’s phone use in jail or when impersonators access bank or private information over the phone or computer) as well as in combination with other biometrics such as facial recognition and fingerprints, among others. Sanders was working on creating a series of Electric Network Frequency (ENF) databases to cover the entirety of North America. It was his hope that it will one day be possible to go to the NCMF to see if a recording of unknown date matches the database by extracting electric network frequency components out of the recording and then tracking the variations.

“All of us in the College of Arts & Media are deeply saddened by the loss of Rich Sanders,” said David Dynak, PhD, dean of the CU Denver College of Arts & Media. “He was a leader in his field, recognized internationally for his seminal research in media forensics. But, he was also a wonderful composer, a caring mentor to undergraduates, graduates, and new faculty, with a vibrant personality that left its mark on all who were touched by him. He was quite simply a compleat citizen of the academy.”

Honors included receiving as the principal investigator Federal Earmarked Funds from the Department of Justice, $709,700 in 2008 and $500,000 in July 2009. Sanders also received the Dolby Labs Grant for $93,000 in 2006; the Emerging Leaders Program in 2005-06 and Teacher of the Year Award at CU Denver College of Arts & Media 2003; School of the Arts in 2003. His memberships included the American College of Forensic Examiners International (ACFEI); American Board of Recorded Evidence (ABRE); American Society of Composers, Authors and Publishers (ASCAP); Audio Engineering Society (AES) and the Colorado Film and Video Association (CFVA).

Sanders served on numerous committees including:

Sanders’s published or produced works include:

Rich was born in Flint, Mich., in 1951. He married Ann Marie Powers in 1997. In addition to his wife, Ann, who serves as the assistant to the associate deans for the School of Education and Human Development at CU Denver, Sanders is survived by his daughter Sarah, son Jeffery, step-son Andrew, and seven grandchildren. Upon the family’s request, memorial gifts can be made to The Rich Sanders Memorial Fund to support the work of the National Center for Media Forensics. Gifts can be sent to:

A memorial service will be held at 2 PM on Saturday, August 29, in the King Center Concert Hall on the Auraria Campus.